This is without a doubt one of my favorite mories of being an Los Angeles Drone pilot. First off being hired by famed car director Robert Angelo to provide drone and car-to-car work is an honor in itself. But being asked to shoot the Hennessy Venom F5 hypercar is the pinnacle of car shoots. One might assume a guy like Robert would be uptight and demanding, and though he knows what he wants, he’s super chill, gracious and relaxed. He took us and the crew out for Sushi both days. The interesting thing about this shoot is the actual car didn’t exist at the time we shot this. The actually used a dark purple <h1>Mclaren 720S</h1>. In other words this was a placeholder and a way for the CGI team to build their model into the environment. I had to take one pass with the drone following the road just to get the shadows and light for the CGI team. Pretty cool huh? It’s also why I didn’t use my footage for my demo reel, and you can see a lower resolution in the clips. I’m in contact with Robert to see if I can get an original copy.

This was the second time professionally that I got to use my EUC aka Electric Unicycle to shoot. Another example of Robert Angelo’s gracious nature. I told him about it, Gabriel handed me his Sony A7S2 on the Ronin M, and they let me go for it. Unfortunately I was using a friends Gotway M-Super which has a serious wobble at speed, so I was only able to get up to 25 mph. It was a blast and I did get some cool pix.

Day one was shot at the tunnel section of Angeles Crest Highway. We met at the Shell Station in La Cresenta and headed up the hill. Unfortunately we shot in mid September and the days were getting short. Robert didn’t feel that we had enough footage and asked if we were available the next day, luckily we both were and met at a section which has a ridge that can be shot from both sides with drones. In that crisp mountain air I was able to get my Inspire 2 up to 67 MPH! He had a RED Dragon on our Intuitive Aerial Newton, with a Fujinon 20-120 lens. Robert wanted a longer zoom capability, but with that gimbal and the G-forces required to keep up with the Mclaren on Highway 2, we had to stay with that lens. That and a couple of other experiences prompted us to purchase a Movi Xl which we have tested a Fuji 85-300 lens and it’s rock solid. Of course we have some secret sauce we incorporate, and Eric’s vast experience with multiple stabilized heads has been invaluable, but have been very happy with our set up thus far.

We got all the footage that was needed and Robert and his team put together an amazing little piece of cinema. The Hennessy Venom F5 is the first street car that can reach 300 mph. That’s pretty scary when you think of Vince Neil getting behind the wheel of something like that. (See the Dirt on Netfilx to see what I’m talking about. There was another version of this video using the Aerosmith tune “Dream On” which was chosen by the cars designer, John Hennessey, that wasn’t as well received. On another note, that’s still relatively major (somebody stop me!!) i recently learned “Dream On” on the piano. Invite me to your next party. I can sing everything till the crescendo of the song… 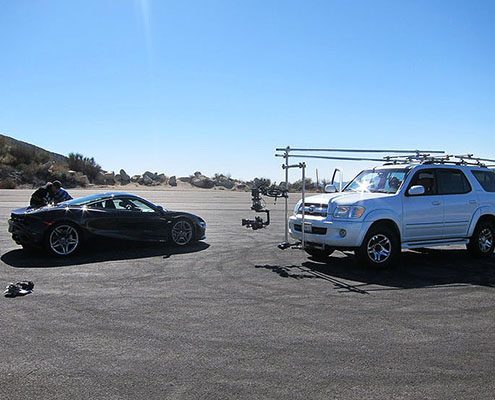 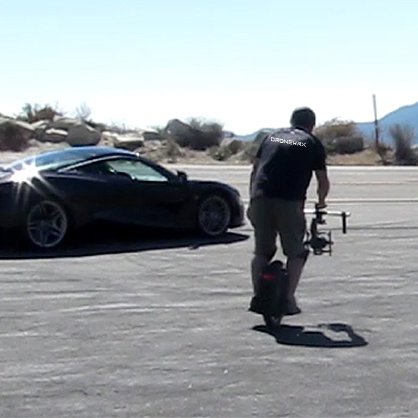 Getting up to speed